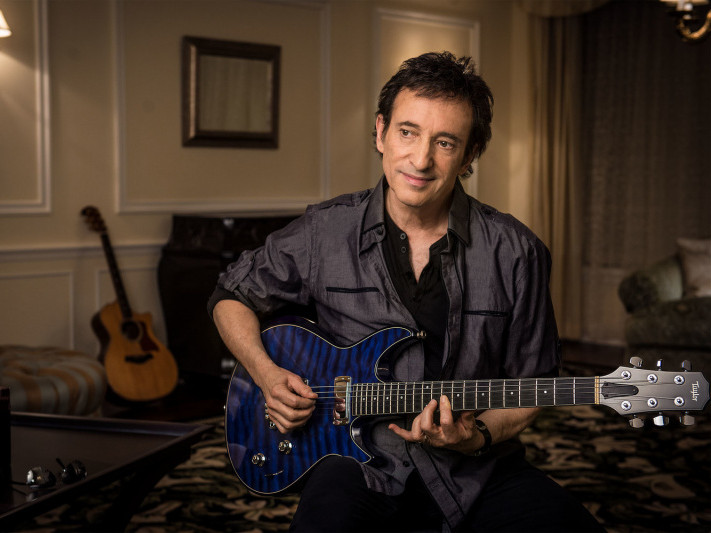 David Pomeranz is a singer/songwriter who, besides releasing his own albums throughout the '70s, '80s, '90s, and beyond, penned the hits "Tryin' to Get the Feeling Again" and "The Old Songs" for Barry Manilow. Pomeranz has also written extensively for film, theater, and television, and a sample of his song "Greyhound Mary" appeared on hip-hop star Missy "Misdemeanor" Elliott's Miss E... So Addictive album in 2001.

Pomeranz was raised on Long Island, NY. He found early inspiration in Broadway and rock & roll, and first performed before large crowds doing duets with his father at synagogue. As a youth, he picked up piano, guitar, and drums, and by the time he was a teenager, was writing his first songs. While still a teen, he was lead singer for East Orange Express, the members of which would go on to form soft country-rockers Pure Prairie League. Pomeranz signed a contract with MCA/Decca Records at 19, releasing the albums New Blues and Time To Fly, the latter of which featured jazz great Chick Corea. He also toured as an opener for artists such as Rod Stewart, Billy Joel, and Three Dog Night. He continued to record in the late '70s and early '80s, releasing the albums It's in Every One of Us and The Truth of Us. In the late '80s, David Pomeranz collaborated with Russian rock star Alexander Malinin.

Must be 21 or older with valid I.D. to attend this event.